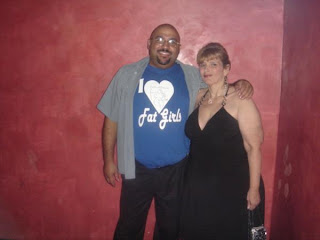 Congratulations to Jose "Joey" Walters and Nancy Goddess for the successful cablecast of Goddesses Live from San Francisco. The cablecast was held on Tuesday August 3, 2010 from 8:00pm to 9:00pm on QPTV's Channel 34.
Joey and Nancy were attending the NAAFA (National Association to Advance Fat Acceptance) in San Francisco and were interested in doing their live call-in show from a remote location. Goddesses is cablecast live from QPTV's studio's the first Tuesday of every month.
Using his laptop and a webcam, Joey sent a live signal to QPTV via the Internet. Two Certified QPTV Producers, Jonathan Griffin and Ruben Cruz added graphics to the incoming feed before it was sent to the playback room and then out to our viewers.
The show was a great success - the first program to be cablecast on QPTV from outside New York City and from such a great distance. Once again, congratulations on a job well done.
Posted by waznojake at 12:45 PM No comments: 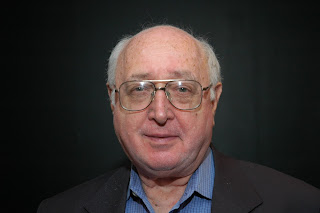 QPTV has just learned that Mel Berkowitz is a certified Ombudsman for nursing homes, rehabilitation centers and assisted living facilities in Queens. The program is part of the New York City and New York State Departments of the Aging. An Ombudsman assists in improving the living arrangements and healthcare needs of the residents and patients of these facilities. Mel spends most of his time at the Windsor Park Nursing Home located on Hillside Avenue which houses about 150 long-term care patients.

Advisory Council for Persons with Disabilities 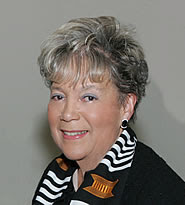 . Association for the Help of Retarded Children (AHRC)

. NYC Commission on Human Rights . And many others! 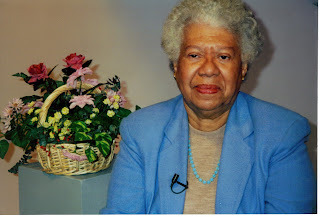 QPTV congratulates Dr. Kathleen Joyce Prestwidge on receiving the Borough President's Award from Queens Borough President, Helen M. Marshall. Dr. Prestwidge received the award during the African-American Heritage Awards Ceremony held at the Langston Hughes Community Library in Corona on Saturday February 20, 2010.
Dr. Prestwidge is industrious, prolific and accomplished. Since 1987 Kathleen has produced hundreds of programs about science, education, art and health. Kathleen, known to her friends as "Joyce", is a Professor Emeritus at Bronx Community College, Department of Biology. She is the recipient of numerous awards including an award from The International Women’s Day Video Festival, The Queens Center & Queens Volunteer award and QPTV’s own Sue Blank Community Spirit Award. She has also published books of poetry and science related bibliographies.

"This year I celebrate my 20th year as a producer for QPTV. I have learned so much in that time about what goes into programming that attracts response and benefits viewers. The learning experience is ongoing, even after 20 years!

My first two series were "The Soul of the Artist" and "Discovering Hypnosis." These two series were then replaced by "Mindlight" and can be seen on the Internet through my website www.mindlight.net. Mindlight is a self-empowerment program that focuses on self-help, psychology, hypnosis, animal issues, activism and alternative views..

In retrospect I am so very thankful to have interacted with many creative producers too numerous to mention here as well as the patient and helpful staff members of QPTV.

A few producers who live on in my memory even though they have passed are Joan Mollison, who pursued her dream of acting through her television productions, Claire Vogel, who courageously tackled political issues in her productions and went out of her way to voice opposition to injustice, Aliye Ak an intelligent and personable producer who focused on issues regarding the Turkish culture and Carl Angeleri who, well into his 90's, continued to actively produce programs until his passing.

As the result of ACAP I met producer, Vincent Gallo and we married in 2007! Vincent produced programs for ACAP (Access in Action) that tackled controversial subjects and focused on producers. He is now Mindight's Director!

To all new producers I extend a welcome and ask you to take television production seriously. Know that you have an extraordinary tool for getting information and opinions out to a public that is weary of commercial television. Public access is a strong voice that can attract attention and viewers if you use it for the greater good." 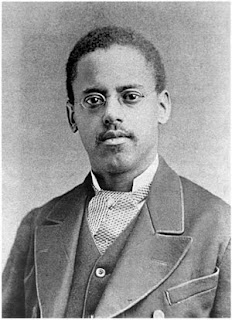 
African-American History Month was created by Carter G. Woodson in 1926. Originally, it was a weeklong celebration which was later extended to a full month.

In celebration of African American History month we focus the spotlight on inventor, Lewis Howard Latimer. He was born in 1848 the son of George and Rebecca Latimer, two runaway slaves. In 1864 at the age of 16 Latimer, who lied about his age, joined the U.S. Navy at the time of the Civil War. Both a self-taught draftsman and inventor, Latimer executed patent drawings for Alexander Graham Bell’s telephones. In 1878 while working for the U.S. Electric Lighting Company, Lewis Latimer displayed his talent for invention by improving the carbon filament used in light bulbs. As result he joined the Edison Electric Light Co. in N.Y. and became one of the Edison Pioneers. As a result of his accomplishments at the Edison Co., he was sent to direct the electrification of a few cities including Montreal, London & Paris. In 1890, Van Nostrand Books published Latimer’s ideas on the basic principles of electricity. He died at the age of eighty in 1928. Early in his life he penned these words: “Good habits and good manners are powerful means of advancement that rarely fail to bring reward.” In 1995 his former home in Flushing, Queens was declared a New York City landmark.

Other African American Inventors of Note:

Jan Matzeliger (1852-1889) inventor of the Shoe Last, which automatically attaches the soles of shoes to the body of the shoe.

Elijah McCoy (1843-1929) devised methods for lubricating heavy moving machinery so that it no longer had to be stopped and cooled. At least 30 of his patents dealt with lubrication. The saying “I want the real McCoy“ meant that the person wanted the authentic McCoy lubricating system and not a copy.

George Washington Carver (1864? -1943), agricultural chemist who produced over 300 products from the both the peanut and the soybean. His discoveries stimulated the production of these crops and diversified the economy of the South.

Norbert Rillieux (1806 – 1894) African American who invented the multiple effect vacuum sugar evaporator used to refine sugar. His invention was patented in 1864 and was purchased and utilized by sugar refineries around the globe.
Posted by waznojake at 5:23 PM No comments: 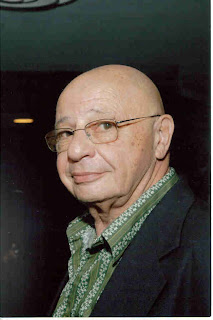 Bob Cecilio began his association with QPTV in 1989 when he produced the program Know Your Neighborhood. At that time Bob was an aide to Peter Vallone Sr., Speaker for the New York City Council. In 1993, from the mists of family tragedy, the Psychic Club was born. For seventeen years the club has been a resource for all things metaphysical. To further highlight the work of the organization, Bob also created the series Psychic Awakening. With this series, Bob has truly found his calling. Spiritual enlightenment, yoga, meditation, ancient wisdom, holistic health and psychic phenomenon are just a few words to describe his program. Watch Psychic Awakening Wednesdays at 6:00pm on Channel 34 and Sundays at 4:00pm on Channel 34.
Posted by waznojake at 11:24 AM No comments:

A message from our Executive Director, Daniel J. Leone

QPTV (Queens Public Communications Corporation) is a not-for-profit private corporation serving the residents of Queens. QPTV manages four public access channels on the cable TV systems in Queens, under Franchise Agreements between the City of New York and the cable operators in the Borough.

Since it’s inception in the early eighties QPTV has trained Borough residents who are interested in producing community television programs. QPTV cablecasts video programming and bulletin board information 365 days a year. The residents of Queens have become reliant on QPTV to deliver this diverse programming.

QPTV in its 25 plus years has serviced hundreds of not-for-profit organizations that serve tens of thousands of community residents. By doing so, QPTV reaches beyond the 400,000 basic cable subscribers in Queens.

As our community changes each day, with diversity from around the globe, the one constant is the desire and need to communicate. The sharing of ideas, cultural traditions, and empowering information offers the residents of Queens an opportunity that is not only unique, but one that might not otherwise be found in mainstream media outlets.

The idea of community television was created in order to give people a voice. It’s the modern day equivalent to the town crier on their soapbox. It’s democracy at its finest.

QPTV faces many challenges in the future. The tools are constantly changing and planning for the future is not easy. There will be complex decisions to be made, but with an enthusiastic community the future is promising.

QPTV hopes that the community's continued support will allow us to operate long into the future.

We invite you to become a part of this unique experiment in democracy.

The Queens Public Communications Corporation (QPTV) is a not-for-profit private corporation that administers, manages and controls four access channels in accordance with the provisions of the Franchise Agreement between the City of New York and Time Warner Cable of New York City, RCN Cable Systems and Verizon FiOS for the Borough of Queens.

For over twenty five years QPTV has been committed to helping the Queens Community in the development and production of local programming. Queens Public Television acknowledges that, under the protection of the First amendment to the Constitution of the United States, every individual is entitled to express their views as long as such expression of ideas does not conflict with Local, State or Federal Law.

QPTV offers training in the art of television production to residents and Not-for-Profit Organizations that are based in the Borough of Queens. There is no fee for the use of QPTV's facilities and equipment.

While QPTV facilitates the free exchange of ideas among individuals and groups, QPTV is not responsible for the content of programs created by members of the community.